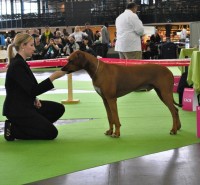 Friday 8.7.2011 We went to the World Exhibition in Paris. Marek and Lucy have flown since my last-minute passenger fell, I completed a journey alone with Brad. Beautifully us wore, Navigation worked well up to Paris and then collapsed around the heat. Instead I was led 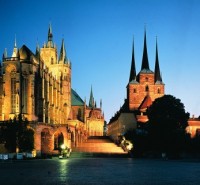 Saturday and Sunday we spent at the show in Erfurt, Germany. Brad Lucy with some exercise in this location: 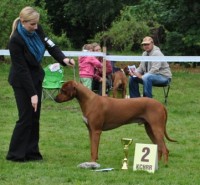 This Saturday was one of the club show in Luková. The weather did not favor, by morning it was raining, But the atmosphere was great. Our expedition was a success again, Bajimbo, Cilla, Bera Brad i was in všichni umístili bedně. Unfortunately, Breďouškovi escaped 1. place in the Champion class through the wet grass – brrrrrrr… 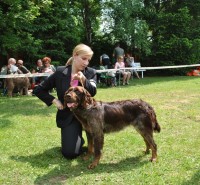 After a long pause (Lucy handler exams adulthood), We went to a two-day exhibition Litoměřice. It was beautiful weather, We had great company Margarita, Žanetka dog and two girls - one had the greatest pleasure Braďoušek ... 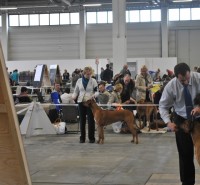 On 2.4. 2011 is an exhibition in Berlin. Brad with Lucy at a vyběhali judge Karin van Klaveren this location: