Saturday 15.1.2011 took Champion of Champions competition in Prague. We apply for registration at the last minute, Lucy hesitated since, because the same day took place on Superstar audition and she was registered. Finally, we arranged, that the competition will undergo, odbudeme the morning show and after lunch we move into the Corinthia Hotel to audition….. In the morning we (surprisingly) were in place in time, atmosphere in the hotel was very relaxed, Compared to other exhibitions, where everything is hectic and stress. Just wanted Braďouš power to communicate, Not to mention the running. But since we have been reconciled with fate, and especially in the afternoon we wanted to pursue another action, much we have failed to address. Start assessing FCI VI began in 11.30 and about the 12.00 hours getting into the ring ridgebaci. Judge (Stefan Stefik, SK) It was complicated and six champions (Females, Dogs), chose a long. Tensions culminated, he cut the air. It was thrilling and dramatic to the end. Finally, his eyes all six participants and pointed to Brad Luck…. , Superstar was so compromised, But Luca, even though it missed was happy! Super power, Congratulations to her too much and too obviously Braďoušovi! 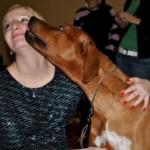 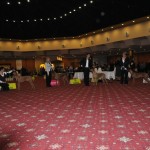 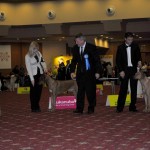 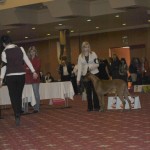 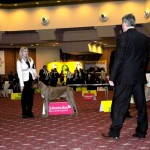 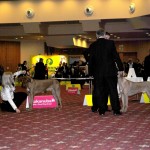